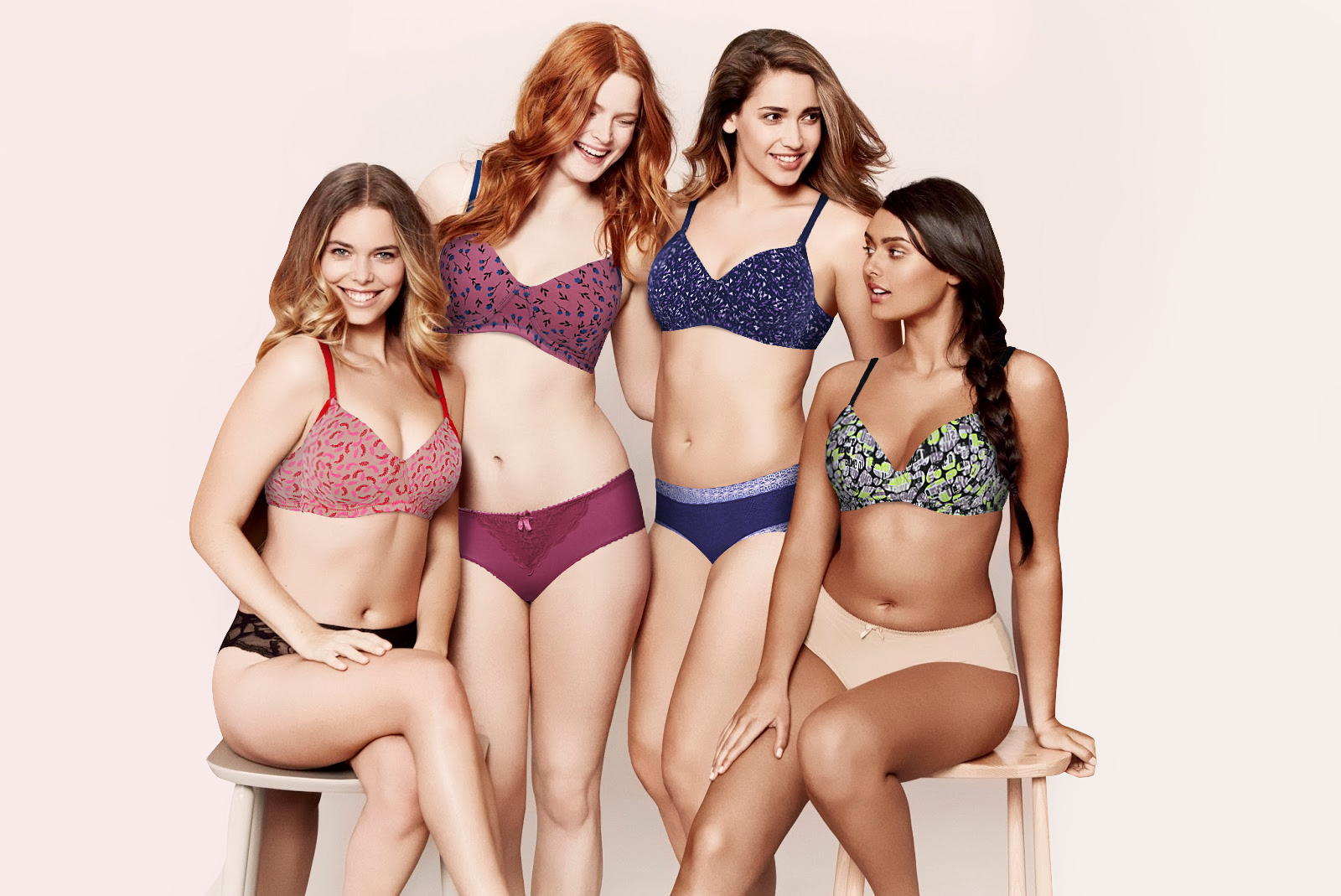 Before we go into the photo files of the best dressed red carpet celebrities let us learn a few interesting facts about the festival.

Cannes is the name of the city located on the French Riviera. It is the host city of the Annual Cannes film festival

Until 2012, The Cannes festival was called The International Film Festival.

The renowned 24 steps walked by the world’s celebrities needs 60 metres of carpet. It is replaced three times a day for the entire time period of the festival.

The Cannes festival is usually held for around 10 days. Depending on added events the festival may be extended for a few more days.

In 2015, General Delegate Thierry Fremaux banned selfies on the red carpet of the festival.

Palme d’Or or Golden Palm is the most prestigious award given for the best film. The films competing for the Palme d’ Or are premiered in Theatre Lumiere. Films selected from different regions of the world for their originality and uniqueness are played at Salle Debussy.

The trophy is created by Lucienne Lazon who won the competition between the jewelers arranged by the festival organizers. Since then, a Swiss company, Chopard is making the award every year.

Due to sexual controversies in the past and MeToo Movement in 2018, Cannes Sexual harassment hotline was created and is up and running.

Netflix has withdrawn all its films from being projected in the festival due to the new enforcement of theatrical screening in France since 2018. 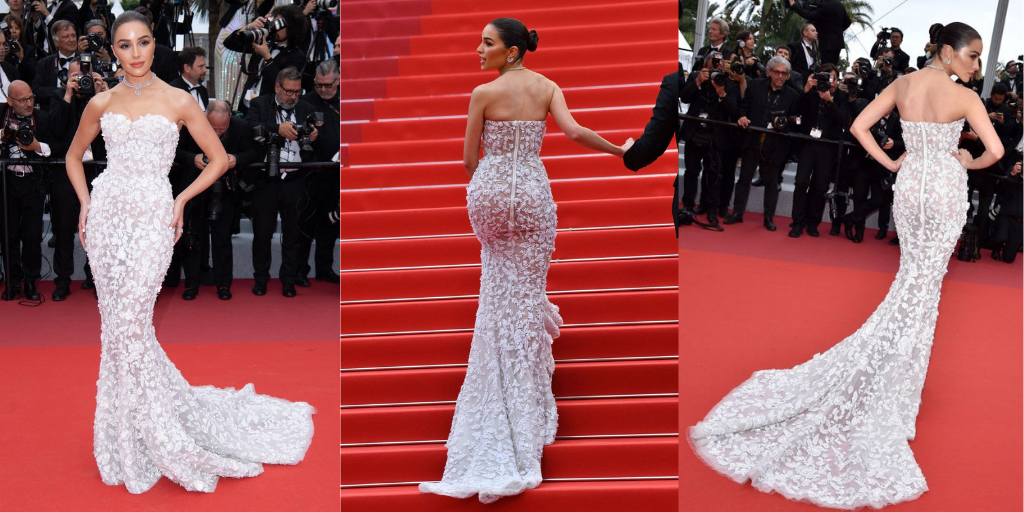 What: Strapless, mermaid Couture gown with self embroidered embossed leaf pattern all over with fishtail train.

When: Screening of Sibyl 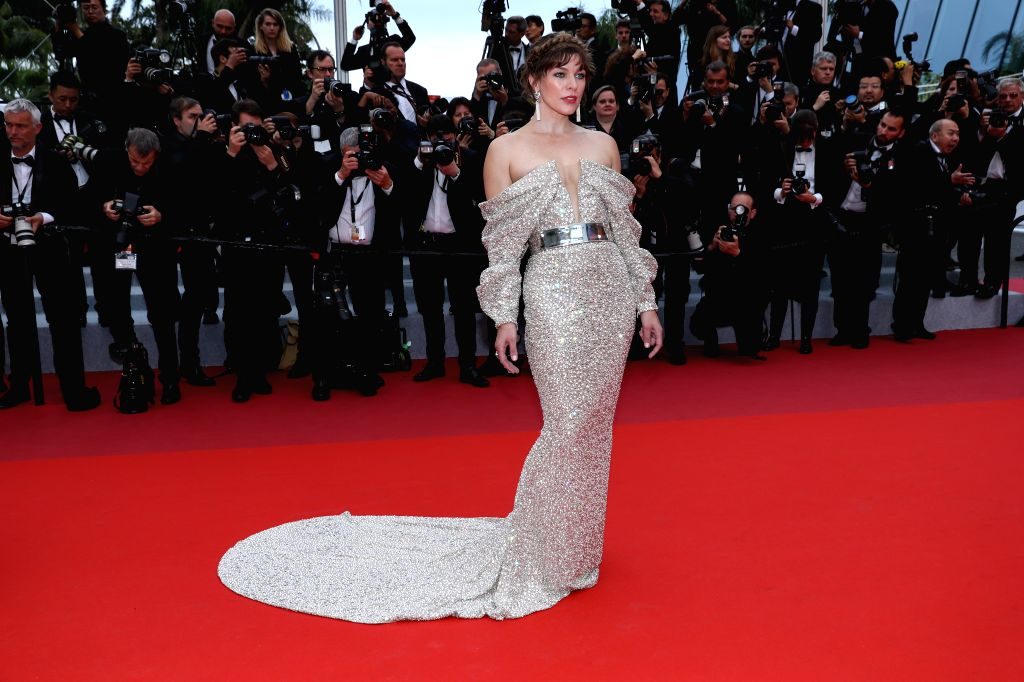 Who : Milica Bogdanovna “Milla” Jovovich is an American actress, model, and musician.

When: Screening of Sibyl 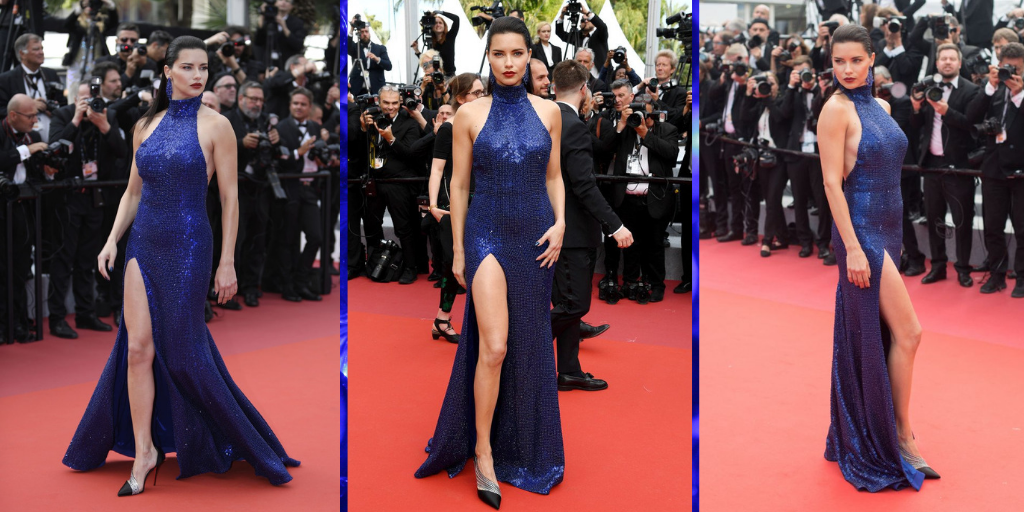 Who: Adriana Lima is a Brazilian model and actress, best known as a Victoria’s Secret Angel from 1999 to 2018.

When: Premiere of Oh Mercy! 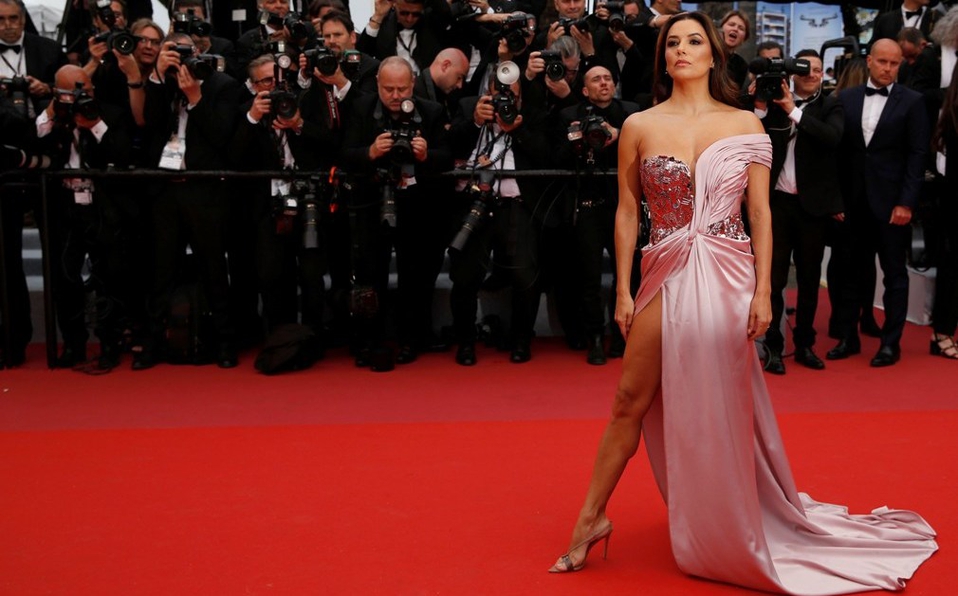 Who: Eva Jacqueline Bastón is an American actress, producer, director, activist, and businesswoman.

When: Premiere of The Dead Don’t Die 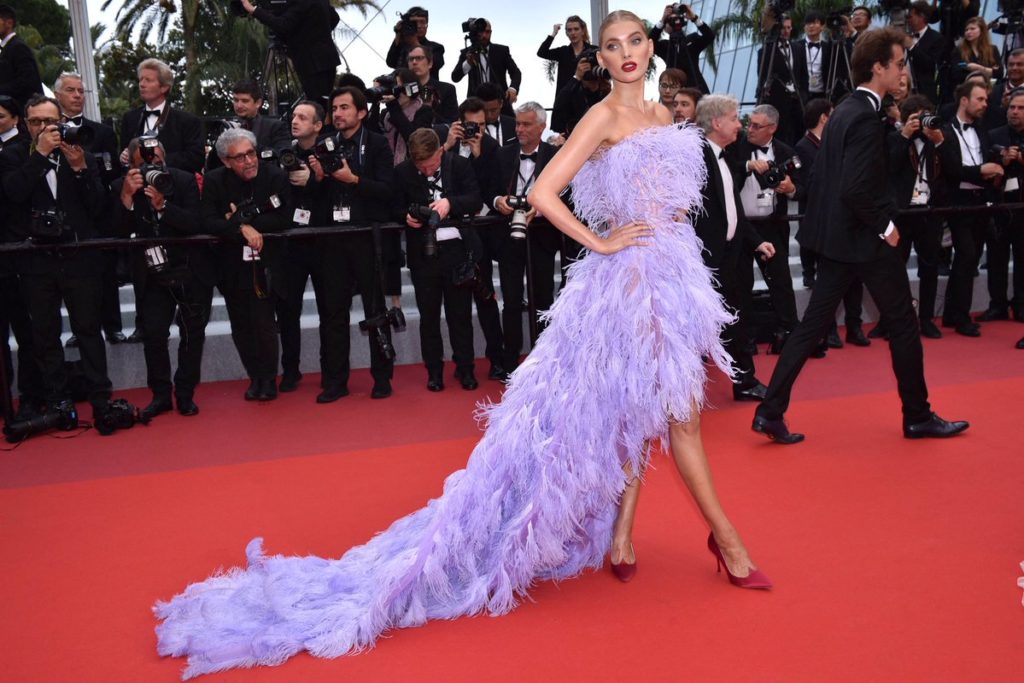 When: Premiere of Sibyl 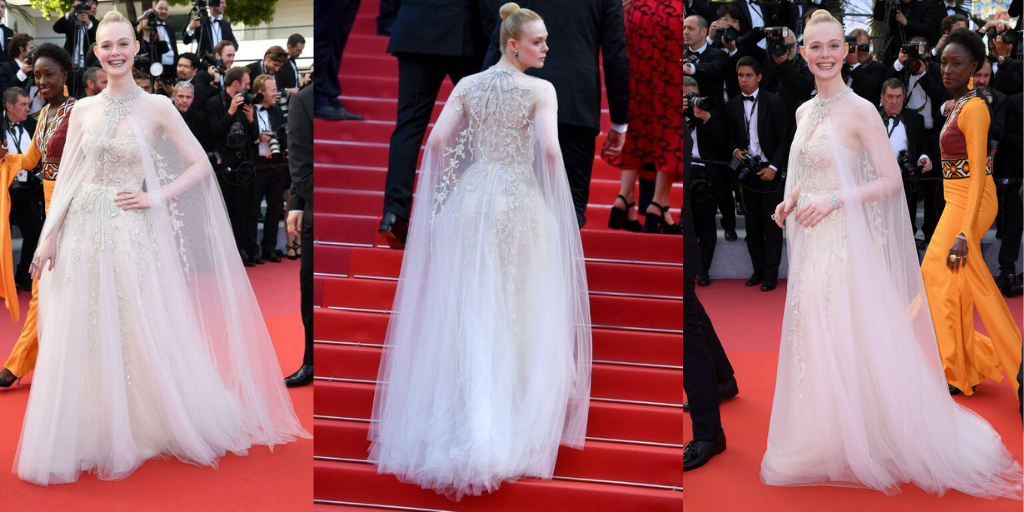 Who: Elle Fanning-Mary Elle Fanning is an American actress and model. The younger sister of actress Dakota Fanning.

What: White, tulle, bustier gown and cape with more than 225 carats of Chopard Jewels.

When: Premiere of The Specials Who: Sririta “Rita” Jensen is a Thai of Danish descent model and actress.

When: Screening of Les Miserables 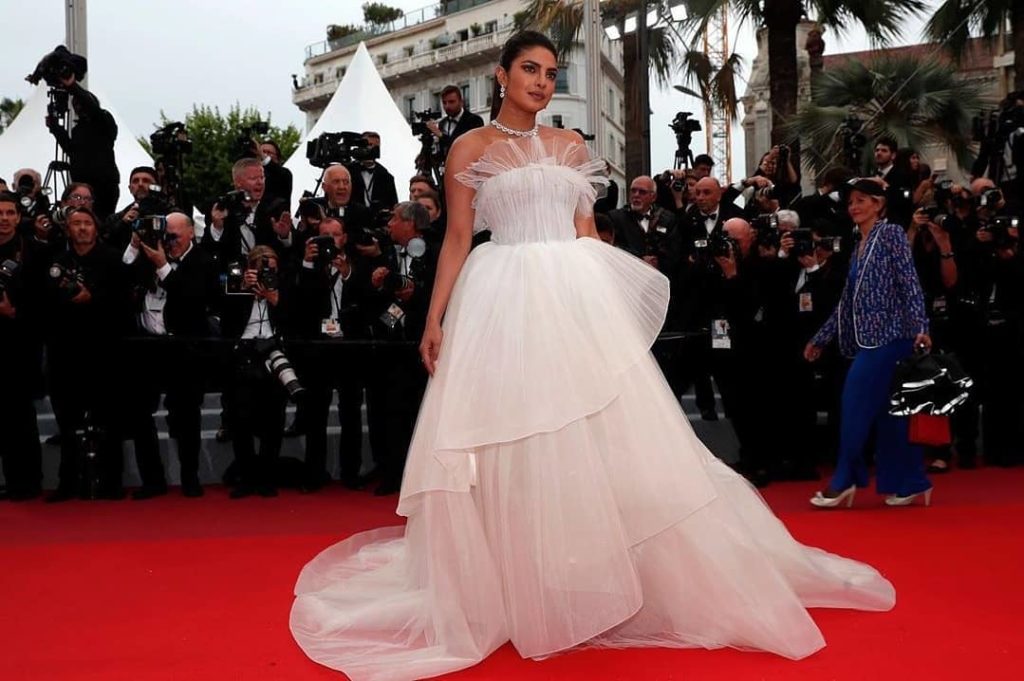 Who: Priyanka Chopra Jonas is an Indian actress, singer, film producer, and the winner of the Miss World 2000 pageant.

When: Premiere of Les Plus Belles Annees D’Une Vie 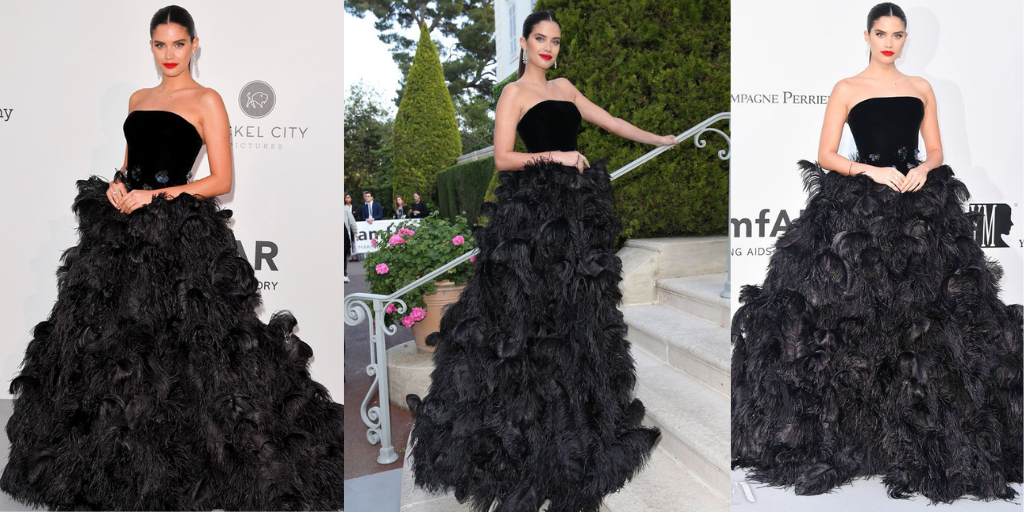 Who: Sara Pinto Sampaio is a Portuguese model and actress. She is best known for being a Victoria’s Secret Angel, Giorgio Armani beauty ambassador

When: amfAR Gala at Hotel du-Cap-Eden-Roc 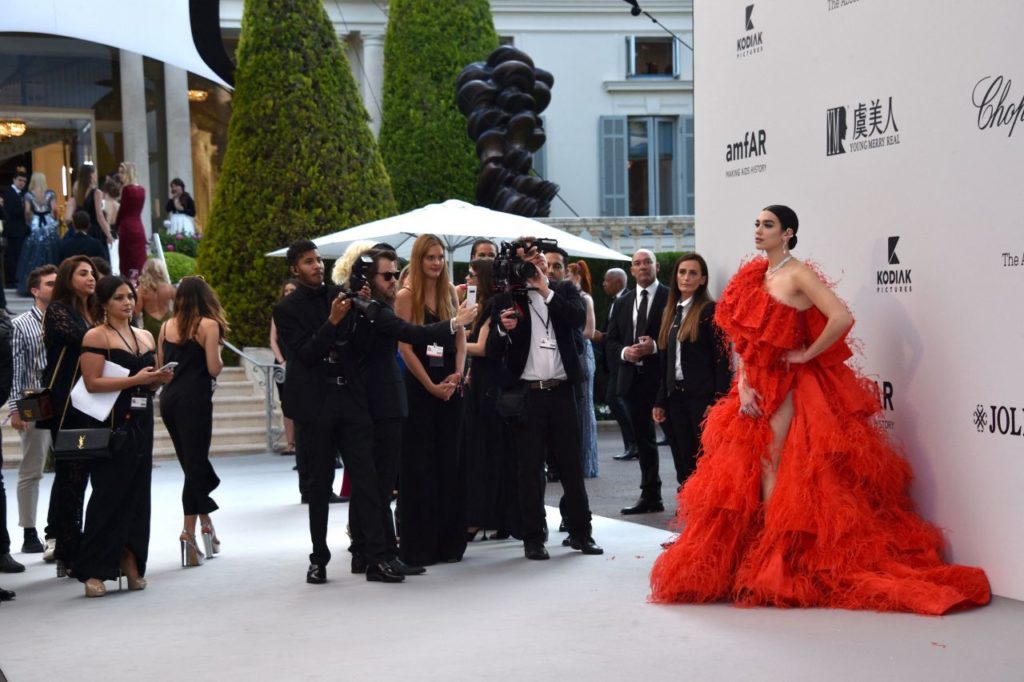 Who : Dua Lipa is an English singer and songwriter.

When: amfAR Gala at Hotel du-Cap-Eden-Roc 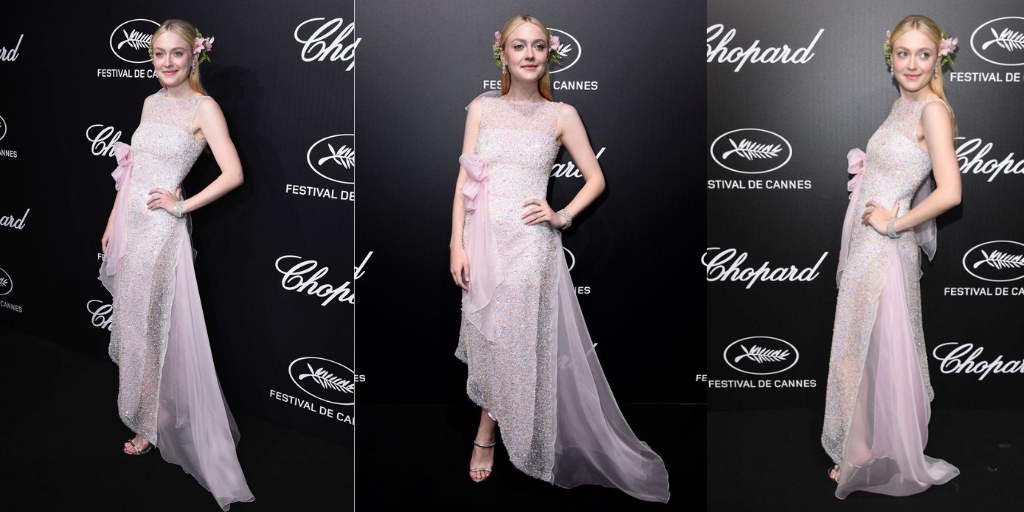 Who: Hannah Dakota Fanning is an American actress. 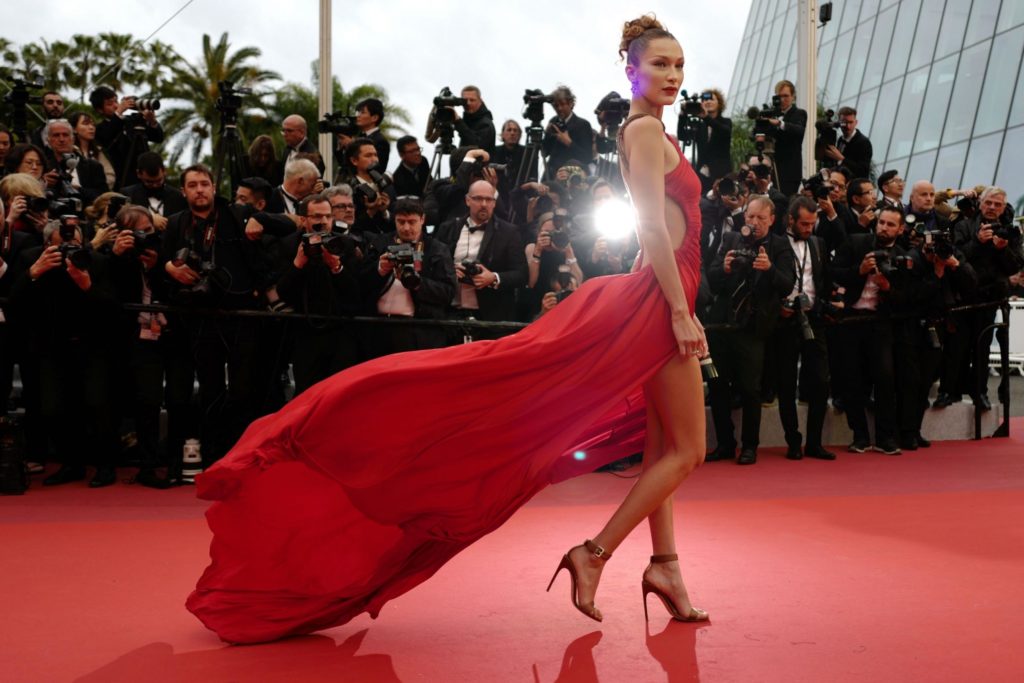 Who: Isabella Khair Hadid is an American supermodel.

What: Carmine red, asymmetric jewelled neckline gown with cut out and ruched waist and long train with high leg slit.

When: Premiere of Pedro Almodovar’s Pain and Glory